the structural process of evolving one’s DNA and therefore the very
nature of one’s soul essence in form.

CONTAINER
The container of the Evolve by 13 Stages is a daily voice fie (.MP3) coded through voice frequency verse, in a container of a labyrinth (viewable as a .PDF) overlay - thus, creating a space where each soul can move to a sphere where their energetic development can occur.
Most seek and long for this space from which their soul essence can emerge.
Begin in a container which does not dictate or rule what will emerge and trusts the magnificence of the soul essence – one such as Earth’s, meeting each seed that falls. The Earth’s electromagnetic field (container) allows for the seed to express what it is, in the core of its being.
EVOLVE BY 13 STAGES PRODUCTS


The Star Forms
The containers of the 13 Stages of Humans are called the “Star Forms” because they are five points of energy sources forged from the Milky Way Galaxy.

A Cognitive Container: The Chartres Labyrinth
Within each Stage lies a cognitive container in labyrinth form. The labyrinths were placed as the mechanism of releasing structures in one’s human form that were not formed in reflection of the magnificence of their soul essence. 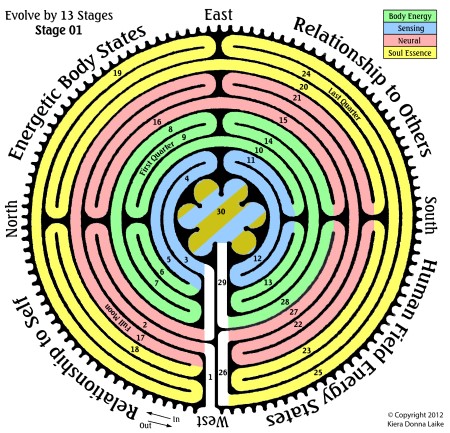 The Four Corners of the Labyrinth Benefits

The four corners of the Stage labyrinths address all areas of life in which structures were formed which do not reflect one’s soul essence. These structures currently are changing the human DNA causing de-evolution. Each Stage takes one on a journey of unwinding from the structures not created out of soul essence.

Click for Further Information ...
What do the colors on the paths of the labyrinth mean?
White Path
When one is challenged in life with beginning something or fully moving in to receive the full benefits, the white paths support them. The entrance and white paths are transition paths that move the listener on a phase (frequency) level. This shift in phase prepares the listener to obtain the energetic development offered in the other labyrinth paths.

Blue Path
When one is challenged in life with being overwhelmed with feelings or other’s emotions (like "empaths") the blue paths support them. The blue paths heal one’s cell membranes, vestibular system and vascular system (heart), which facilitates one’s sensing being under the control of their soul essence.

Pink Path
When one is challenged in life with neurotransmitter balance, the pink paths support them. The pink (neural) paths aid in healing the utilization and balance of neurotransmitters (serotonin, dopamine, GABA, glutamate, etc.).

Green Path
When one is challenged with physical health or physical pain the green paths support them. The green labyrinth paths awaken energy flow back to the fascia “meridians” in the body. Their flow is key in field support of one’s vortex column.


Yellow Path
When one longs to express their “higher self” soul magnificence in this life, the yellow paths support them. The yellow labyrinth paths facilitate the moving in of one’s unique magnificence that comes from one’s soul essence into this life’s human form. 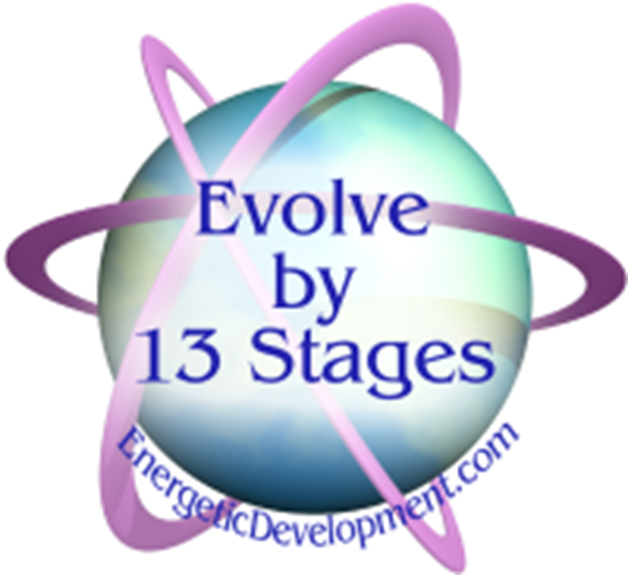 A soul essence consciousness begins taking a new form by passing through one that is two. The 30 unique days of a voice file practice guide one to full entry. This entry of the soul essence consciousness is the beginning to becoming a sensing being, releasing beliefs that humans are psychological, biological or spiritual. We are sensory beings that are to remain connected to our soul essence in each form through complete entry. Begin Soul Self Entry - Move through the labyrinth and remember who you are. 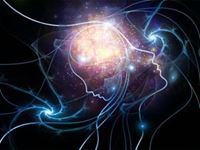 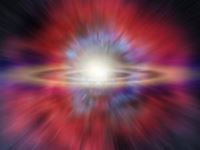 This stage awakens one to a new understanding of what it feels like to live life contained in an energetic field which facilitates the connection in and out. Move into this stage and experience a daily energetic container, one which does not dictate that you become more or less than your soul essence is. Simply contained through the interrelatedness of being. 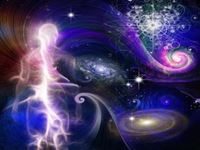 Stage 04: Alignment of 3 in Reflective Movement

Within every movement there is meaning, for every meaning there is movement. Each soul works hard to be their "higher self", yet each might feel that this did not occur. Within an ever expanding Universe, to be in sync with our "higher self", each one’s daily movement must align and reflect in a sequence of 3. This stage begins one’s ability to create in life through soul essence flow.

© One purchase is copyrighted for one user. Walk this stage on something in your life you want to create and experience having through flow.
$29.95
Latest From Blog

The information presented in this blog came to me first via my sensing. I am Kiera Donna Laike, founder of the Sensology Institute. Sensing is a compl... 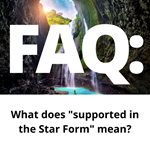 FAQ: What does “supported in the Star Form” mean?

In that humans have not lived in the field container which supports their energetic development, on...

So, where to begin? My parenting of my son, my students, and my dogs has always begun in the same fashion - with being...