Make Sure You Listen to Your Brain

Most that hear of my work or read the Emotional Ecliptics blogs pass them by. Their intellect does not understand and most cling to what has been programmed into human intellect.

To back up for those still reading, the question I pose is this: “How can the Universe be and remain, if humans are a reflection of it?”

Humans throughout history have conquered, devoured, and used the Earth and each other to such an extent that most choose to say they are not a part of it and cling to religion. So, if the Universe had these qualities it would have consumed itself by now.

My question for each of you to ponder is, “What happened to human evolution?”

It was highjacked by “power beings:” Each of you can think of them as aliens.

The evolution was highjacked via the creation of the ecliptics to control humans and feed on them. In the “Ruin of Intellect” Ecliptic, humans will have to overcome the very physical structures of their brains to be able to awaken.

The folds of the brain

It is also here that we can further awaken, understanding that humans respond to what is set in the Ecliptics of Earth. A chromium blue wave was generated 250 million years ago when Zeta Ophiuchi went Type II supernova. When this frequency hit Earth and humans (around 250,000 to 300,000 years ago) it facilitated a 20% increase in the human neural cortex mass, causing human’s brains to evolve with folds. The hippocampal gyrus emerged. This is the fold in the inner temporal lobe bordering the hippocampus.

So, how did this begin the Ruin of Intellect?

The answer lies in how the fold in the inner temporal lobe of the brain altered holographic perception in the brain. Holographic images – which are how the brain sees – are created through the splitting and bending of light particles. This bending changes what is seen. As light is bent through the folds in the brain - this limits sensing images. Seeing what is being distorted as the light particles are bent through the folds of the hippocampus gyrus. This decreased sensing has moved through all human cultures, moving them towards the intellect, learning schools of thought to determine what the holographic images in the brain mean. Thus placing a learned neural perception to offset the distortion of the bent particles of light.

This has left humans ever trapped by the mind, by a false holographic image, never to evolve past the folds of the hippocampus gyrus or human’s entrapment.

If you have any sense left, then walk the Emotional Ecliptic “Ruin of Intellect” and begin to free your brain from the distortions of bent light via the folds in the hippocampus gyrus.

Begin to open your mind and listen to the Ruin of Intellect Ecliptic between June 11th and June 20th. 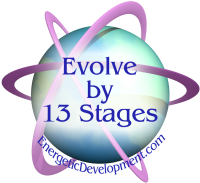